WHAT MORE CAN BHUTAN DO IN MITIGATING CLIMATE CHANGE? 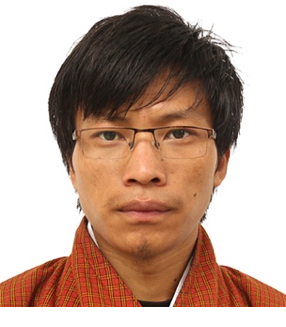 With over 70 per cent of its area under forest cover, Bhutan claims to be a carbon negative country. At home, Gross National Happiness (GNH) is the country’s development philosophy which has ‘ecological diversity and resilience’ as one of its nine domains. An agrarian country, she outlawed shifting cultivation. And the constitution requires a minimum of 60 per cent of land under forest cover for all time. At the global level, she has unreservedly committed to international environmental treaties and regimes, including the Paris Agreement (COP 21). What more can Bhutan do? This opinion piece is an expression of hope that given Bhutan’s environmental stewardship coupled with its embedded socio-cultural values vis-à-vis the natural environment, more can be done. Selected, not necessarily interrelated, topics on road infrastructure, use of plastics (lifestyle choices) and meat (consumption pattern) are discussed. I argue that the application of stringent bioengineering in infrastructure development, taxes on plastics, and ban of meat in official functions will contribute to a more environmentally friendly growth at home and elevate Bhutan as a ‘norm entrepreneur’ in climate change mitigation efforts, globally.

As a developing economy, infrastructure, particularly transport network, is at the core of our development agenda. Road happens to be the most suitable and invested mode of transport in Bhutan. A 2018 report published by Ugyen Wangchuck Institute for Conservation and Environment (UWICE) found that road construction leads to "deforestation, habitat fragmentation and interrupt natural ecological flows in the natural environment." Not investing in the transport system is not an option for it is the ‘lifeblood’ of commerce, hence livelihood and economic growth.’ However, substandard work and letting construction rubbles slide destroys vegetation before it reaches the streams and rivers below, potentially disrupting aquatic lives. There is environmental impact assessment but the case of Tsheringma Dupchu in Trongsa (allegedly caused due to tunnel construction) questions the applicability and effectiveness of such a policy screening tool.

Our late embrace of modernisation presents an opportunity to learn from the lessons of the developed countries. Road networks, including bridges, however, have not been the case. As Dai Nippon Construction (DNC) meticulously applies bioengineering techniques such as stabilising slopes, Bhutanese counterparts tend to bulldoze the landscape, come what may, on its predetermined route. As DNC transported rubbles from Telagangchu bridge reconstruction site to Dorji Gonpa and later used for land refilling, Bhutanese contractors widening the east-west national highway would let boulders roll down from Thumgang (Viewpoint) stretch to Mangde Chhu. As a developed country, Japan can afford quality infrastructure, whereas Bhutan’s limited financial resources may not. How much resources, both human and financial, are incurred in repairs and maintenance, let alone those ecological disruptions?

In recent times, waste has become one of the major public policy issues. It is quite ironic that a carbon-negative country has to adopt waste management as one of the government’s flagship programmes. From the total outlay of Nu.15 billion spread across nine flagship programmes, Nu.1 billion is allocated for ‘waste and stray dog free communities.’ Are Bhutanese ecologically mindful residents? Go to sacred sites, Dragi Phangtsho, Paro and Do Mendrel, Thimphu, and the like; trashes are an eyesore in otherwise refreshingly lush vegetation. The use of plastic plates and cups are gaining currency in public events. In a traditional village-based society, one would carry one’s own cup (phob) and bangchung which can be reused indefinitely until it gets worn out. In a way, bangchung and torey helped reduce food waste by storing leftovers to be taken home. Such traditional practices helped instil individual responsibility. Further, socio-cultural beliefs in deity citadels (pho drang), protector deity (tsan), country god (gnes dag and yul lha) and lord of the soil (sa dag) helped restrain residents from actions that would potentially upset those entities. With hikes to sacred places beginning to be seen more of a leisure, an escapade from busy urban life than spiritual nourishment, what would bind our ecological responsibility, given the growing presence of trashes along the trails? Enforcement of plastic bans has failed - thrice - already.

Globally, livestock accounts for a significant share of Greenhouse gases (GHGs) emissions. A 2015 study accounted livestock (including livestock production and animal feed production) for 18 per cent of GHGs emissions. In 2019 alone, Bhutan imported over Nu. 1 billion worth of ‘meat and edible meat offal’ from the total import worth Nu. 69 billion. Given that imports, including meat, are sourced mainly from India, it is instructive to note India’s GHGs emissions. A 2016 study found livestock and rice production as the main sources of GHGs emissions in Indian agriculture “with a country average of 5.65 kg CO2eq kg¯1 rice, 45.54 kg CO2eq kg¯1 mutton meat and 2.4kg CO2eq kg¯1 milk. Production of cereals (except rice), fruits and vegetables in India emits comparatively less GHGs with <1kg CO2eq kg¯1 product.” In countries such as Germany, the Ministry of Environment has banned serving meat in its official functions (for guests). In Bhutan, too, Druk Green Power Corporation (DGPC) Limited is said to have adopted a 'no meat policy.' Our actions may not be exacerbating global GHGs emissions directly, but as far as we continue to engage in global trade, we leave carbon footprints. ‘Distancing effect’ blurs our sight. Given a long supply chain including transport services, we see products, meat in this case, only in its finished product, not its production, packaging and the like. Understanding the       'transport effect' help quantify emissions from the use of fuels to deliver those products from the production sites otherwise unknown to most consumers.

The preceding discussions suggest that Bhutan’s rich natural heritage is more of nature’s bounty coupled with leadership commitment as manifested in our policies, constitutional guarantee and international commitments. The residents’ efforts, visible in the implementation of development works, lifestyle choices and consumption patterns discussed above, have rooms for improvement and readjustment. Against this backdrop, the following recommendations are made:

In the absence of counterfactual studies, the recommendations mentioned above will have implications- financial outlays for infrastructure, potential political costs attributable to taxes, and grievances for leaving out meat from the menu of official functions. Two counterarguments are noteworthy. First, setting high standards entails costs in different forms. Second, current costs are treated in isolation - a one-time budget allocation for roads and bridges. Can we build the recurring expenditure in repair and maintenance and ecological disruption in overall costs? Similarly, taxes and ban of meat need to be framed as duty and sacrifice (minimal) for one’s own good- efforts to live in harmony with the larger ecology. A sense of duty for the country and being a responsible member of the global community can also be a part of the discourse. If implemented, these recommendations are expected to contribute to a more environmentally friendly development at home and elevate Bhutan as a ‘norm entrepreneur’ in climate change mitigation efforts, globally. 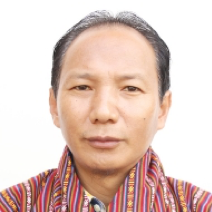